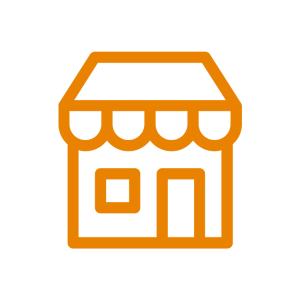 A retail company opened its first store in 2004 and had successfully traded for many years, growing to five stores in multiple locations across London and the South East.

Unfortunately, between 2018 and 2019, due to the uncertainty surrounding Brexit negotiations and its impact on consumer confidence, sales fell sharply, and turnover dropped by around fifteen percent. The company moved from making a net profit of £100,000 – £200,000 per year to suffering losses.

In response, the Company’s director implemented several cost-cutting strategies over all five of its stores, but trading continued to be challenging and was made worse by unexpected rental increases imposed by some of its landlords.

The director sought our advice on the insolvency options available for his Company. Following our review of the position, it was clear that despite the best efforts of the Company’s director, ongoing trading was going to result in losses building up and a worsening position for the Company and its creditors. Unfortunately, trading was not viable, and the Company could not be saved.

We supported the director stop trading the Company’s business in a safe and structured way before things got worse, communicate the situation to those affected, and then place the Company into Creditors’ Voluntary Liquidation (CVL).

Once in CVL, as licensed insolvency practitioners we took on the role of liquidators and it was our job to secure and sell the Company’s assets for the best value possible to contribute to repaying the Company’s creditors.

The director expressed an interest in purchasing the goodwill of the Company, being the trading name and its website, as well as its physical assets. Independent valuation agents confirmed that his offer represented good value and would achieve a better outcome than we were likely to achieve elsewhere.

With full disclosure to the Company’s creditors, we completed the sale of goodwill and assets to director for the benefit of the Company and its creditors.

He has since restarted a new company which trades a smaller, sustainable business, using the assets he bought. The new company also trades with a similar name and trading style, which is generally prohibited. However, as the director bought the rights to the name and trading style from us as independent liquidators, for fair value and subject to full and appropriate disclosure by us as liquidators and the director subsequently, he can do so legally.

We understand that the director’s new company has had a positive start and is operating sustainably. It now can re-employee staff, continue to serve customers, contribute to the local economy, and rebuild supplier/creditor relationships over the long term.